What we need is education.

It never bodes well when people are ordered not to read something. Throughout history, great thinkers, philosophers and academics have always encouraged reading widely: it provokes thought, discussion and diversity. Those who don’t want us to think for ourselves, educate ourselves and come to our own conclusions usually have something to hide at worst, or underestimate the intelligence of the individual at best.

From the burning of scriptures in 1242 Paris, to the 1990s backlash against Harry Potter, via the Chinese Cultural Revolution of 1960, those who attempt to silence the sharing of thoughts and ideas have rarely ended up ‘on the right side of history’.

I’ve written extensively about the ‘folk devil’ response to Transgender Trend’s new guidelines for schools in ‘Ban it! Bin it! Shred it! here. 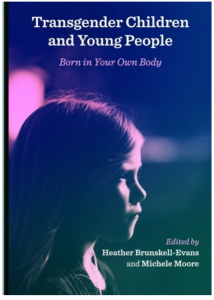 There was a similar, but less frenzied response to the publication of Heather Brunskel-Evans & Michele Moore’s book, a collection of essays about the current theory and practice of ‘transgendering’ children. While contributors include parents, academics, journalists, a transexual and a detransitioned woman, critics were quick to dismiss the collection as ‘transphobic’ and unprofessional.  The difference in response, I suspect, is because the Transgender Trend pack can be downloaded free, and Brunskel-Evans & Moore’s book is an eye-watering £61.99 on Amazon or from Cambridge Scholars Publishing here (currently offering a 20% discount!) However, if you can’t afford a copy but are interested, you can read a short extract from each chapter here. Alternatively, or if the extracts pique your interest, why not ask your library to get a copy? What we need is education.

Dr Brunskel-Evans fronts a long line of women who are being slated, ejected and investigated by various parties & departments for expressing concerns about how transgenderism affects the rights of women and children, or questioning the workings of the organisations that promote child transition.

Brunskel-Evans is currently under investigation by the Women’s Equality Party for her comments on the BBC Radio 4’s ‘The Moral Maze’  on November 2017. She says in her statement:

“I refute that I have promoted prejudice against the trans community either on the programme or through my writing and social media. I have called for transparent public debate, without fear of reprisal, of the social, psychological and physical consequences of the narrative that children can be born in ‘the wrong body’.

The Labour Party ejected the outspoken Venice Allan from its Christmas party this year because she was making certain people ‘feel unsafe’ just by being in attendance. Ms Allan was suspended in January for ‘bullying and harassment.’ Her crime? Expressing her opinion on Twitter.

Jennifer Jones was suspended from the party around the same time.

Ms Jones was the woman who started the campaign to keep the Labour Party’s ‘all-women’ shortlists female.  She writes:

We are absolutely committed to trans people, as a marginalised group, living free from discrimination and violence: we need trans representatives, trans councillors and trans MPs in our party. We are socialists and we are egalitarians. However, trans representation must not happen at the expense of female candidates… 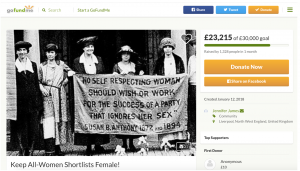 If you do wish to donate, you may wish to do so anonymously. Pilgrim Tucker writes in HuffPost that after putting her name to the crowdfunder:

“I have been called trash, disgusting, despicable, f**ing scum, compared to a Nazi, a white supremacist, and a supporter of apartheid South Africa.”

The big question here is ‘How are we supposed to ‘educate ourselves’ about trans issues when reading anything- or speaking to anyone- advocating anything other than early transition and blind affirmation gets you called an evil TERF who is killing children?’

So how do we get a balanced view of what’s going on? There are plenty of videos, websites and high-profile trans-advocates out there, so I’ll assume you can find them for yourselves. Men like Paris Lees, Riley J Dennis and Shon Faye are happy to explain to you why they are women. You’ll also have no trouble tracking down the voices of trans-identifed YouTuber youngsters like Alex Bertie, and media-darling teenagers like Jazz Jennings.

Organisations like Mermaids, Transfigurations, Gendered Intelligence and GIRES are good places to start if you want to get an idea of the current trans-narrative which runs something along these lines:

“Trans people are born in the wrong body. They have a male brain in a female body or vice versa.  Real trans people do not desist or detransition. If you don’t affirm a child’s trans-identification they will probably try to kill themselves. The only reason there is no history of children identifying as trans is because they didn’t have the words. Trans people are hated and persecuted, and trans mental health issues are caused by transphobia. Misgendering is hate crime. Being trans is like being gay. Anyone who disagrees with any of this is a hateful TERF. Transwomen are women.”

Don’t take my word for it. Google is your friend.

The trouble with this narrative is that there is no space for dissent or questioning.  It’s hard to discuss ideas when our voices are drowned out by cries of ‘hate crime!’.

These are some of the things we need to talk about.

Real trans kids don’t desist. Read the stories of women whose children desisted, like Bri Jontry  and myself . If our similar but very different stories are evil and harmful, you’ll see it for yourself when you read them.

ROGD is not ‘a thing’.  Activists deny the widely observed phenomenon of ROGD (Rapid Onset Gender Dysphoria) among young people, especially girls. You can read about this here in the Journal of Adolescent Health and here in an article by Drs Bailey & Blanchard.  You can also find articles claiming that it doesn’t exist & that saying it does will literally kill transkids. Again, Google is your friend.

Being trans is like being gay.  Trans has been lumped in together with LGB for a while now. Yet gay people don’t have to make themselves into lifelong medical patients, dependent on the perception of others for self-validation, in order to live as their ‘authentic selves’. Quite the opposite: one of the main drives behind LGB rights is that our bodies are just fine as they are, thank you very much, whatever our hobbies; whoever we fancy.  Nobody is going into schools telling kids they should think about whether they might be gay. That would be creepy.

Children always know what is best for them. Children are more literal than adults.  If a boy who likes pink and sparkles is told that only girls like these things, he may conclude that he is actually a girl, especially if an organisation has come into his school telling him so. In fact, our brains don’t fully develop until we are in our mid-20s.  That’s one of the reasons why adolescents and young people are such risk takers.  This narrative belies the fact that a parent’s job is to protect their child until the child is old enough to make their own, informed decisions. This is why we don’t let children smoke, drink, have sex or drive trucks.  Autonomy sounds wonderful in theory but it leaves little room for child protection. When activists talk about ‘safeguarding’ they are now referring to ideas like contacting social services if parents don’t accept their child is born in the wrong body because the child says so. Parents who don’t swallow the dogma are marketed as the enemy, often by parents who have transitioned their own children and have an understandable investment in the idea that it wasn’t a mistake or late-transitioning men mourning the fantasy of a might-have-been idyllic lost girlhood.

Transwomen are women.  Trans-activists will tell you that what makes you a man or a woman is how you feel.  They will tell you that transgenderism isn’t about stereotypes, but when pressed they can’t tell you why, or how that it is possible for a man to know how it feels to be a woman. Woman is not a feeling and woman is not a costume. Woman is a biological fact. This is the view of the hated TERF. Activists will tell you that gender identity is more important than sexual orientation or Biology.  Biology and sexual orientation are so 20th century! Ask yourself – should it really be considered hate speech to say there’s no such thing as a lesbian with a penis? 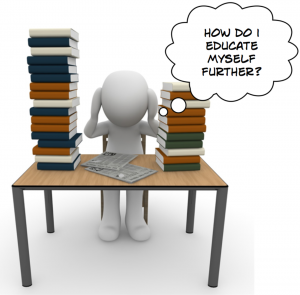 Read the websites of 4th Wave Now  & Transgender Trend. Activists repeatedly refer to these website as ‘hate sites’ or claim they are run by religious zealots. This isn’t true, but hey, don’t trust me. Check them out. See for yourself.  Here you can find personal experiences and information about the philosophy behind transitioning children, but also details of the drug companies, doctors and therapists behind the scenes, the trans-identified men who are so vocal in their support and the families who have been torn apart by transactivism.

At very least, these sites will make you think. Thought is good.

Download the schools pack from @Transgendertrd: the one that has caused such fury among transactivists. Read it yourself and ask why anyone would want to stop you reading it; why anyone would call for it to be destroyed, in what way it could harm kids. What we need is education. If you like what you read, share it with your child’s school. 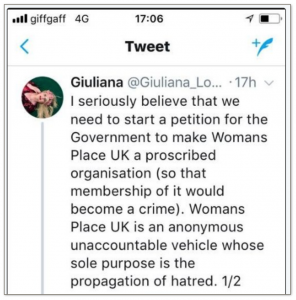 Read what Fair Play for Women have to say. If it’s evil, if it’s nonsense, you’ll reach that conclusion yourself.

Have a look at ‘A Woman’s Place UK.’ Some trans-identified men would like to make membership a crime. Ask yourself why that might be.

Have a look at the fact sheet produced by SAGES, the Sex & Gender Ethics Society. If it raises concerns, send it to your MP. Ask them to meet and talk to you about the Gender Identity Act and its implications for women and girls.

After looking at these resources, ask yourself why the trans-lobby don’t want you to read them. Ask yourself if you’ve seen any bigotry or hatred.

What we need is education.

2 Responses to What we need is education.