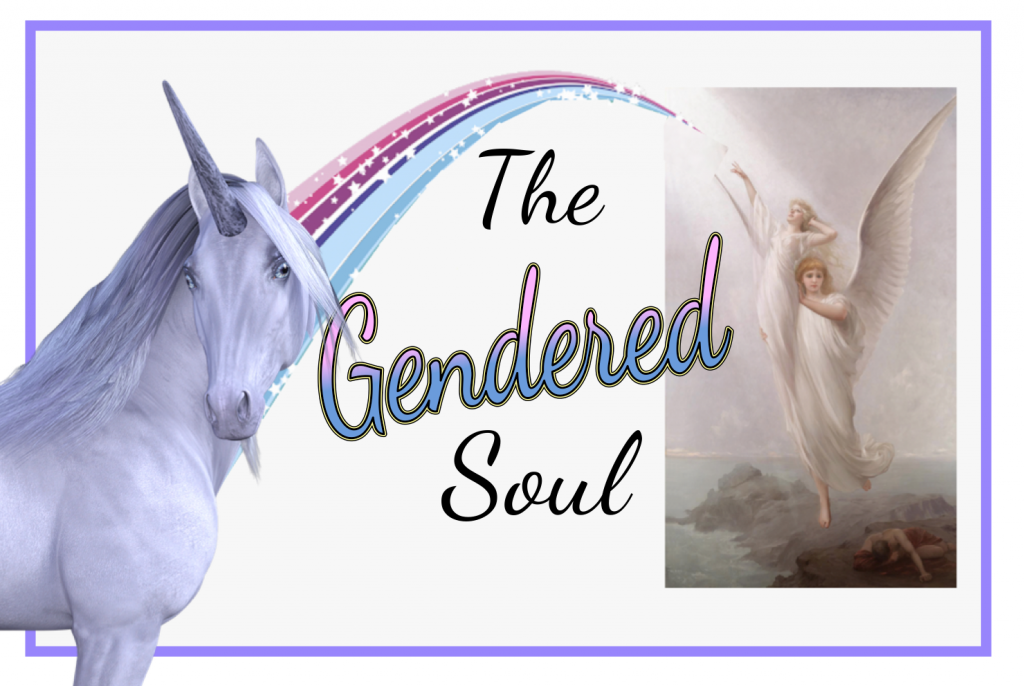 Do humans have gendered souls?

This is a question that lies right at the heart of the debate over ‘trans rights’ in the UK, especially in regard to the protection and well-being of vulnerable groups such as children and young people with mental health issues.

The importance of the question is often overlooked, although goddess knows in the current climate its hard to ask for discussion about anything concerning gender identity without being accused of literally murdering trans babies.

So let’s start a little further back.

Do humans have souls?

We all acknowledge that we have bodies, but the idea of the soul, an essence existing outside of the realms of the physical, is a more theoretical and complex issue. Are our thought and actions a result of energy pulses firing inside a ticking brain or are we touched by the divine in some way?

Ipsos MORI (Market and Opinion Research International) polls in the UK suggested that in 1998 67% of us reported believing in a soul: this figure had risen slightly to 68% by 2003. A smaller study in 2009 suggested the figure was as high as 70%.

“The study shows that people have a very diverse and unorthadox set of beliefs,” THEOS director Paul Woolley said of the second batch of findings.

So, we can estimate that between two thirds and three quarters of Brits believe that yes, we do have a soul.

This belief raises other burning questions 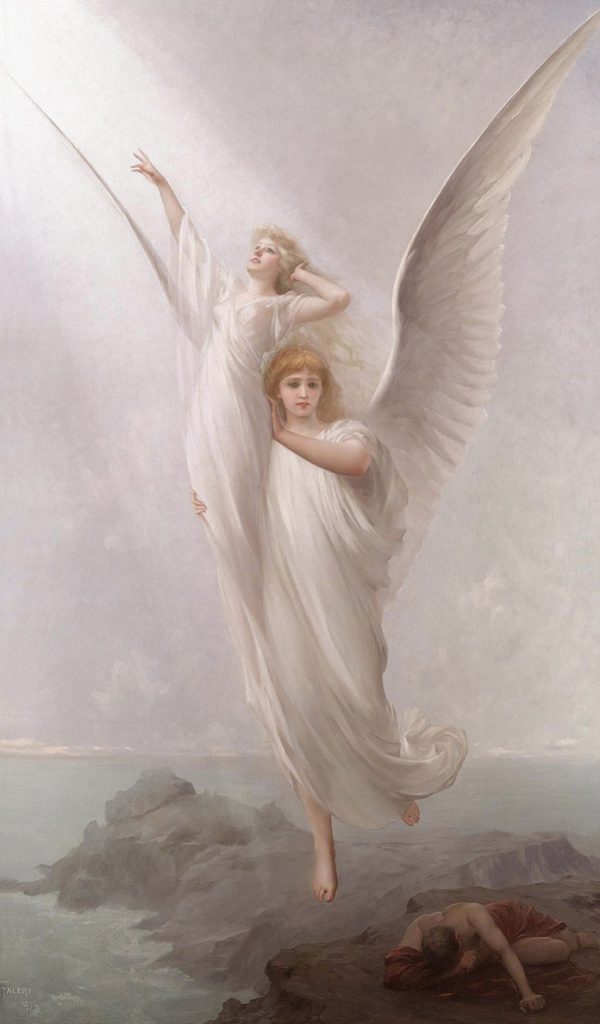 Metaphysical speculation springing from acceptance of the idea of the soul could divert us for hours; years; lifetimes.

Can the soul survive death?  Does it reincarnate? If the self is in the body then where is it located?  Who is thinking of me when I am thinking of me? Do I even exist? Have I always existed? Am I the only thing that does exist?

If I do have a soul, was it paired with a brain and if so how and when? Who put it there?

Or the gender fairy?

Let’s- purely for the philosophical purposes of this article- assume human beings do have souls. This opens up whole universes of new questions, and brings us to the one most relevant to this debate.

Do our souls have a sex?

Obviously our souls don’t have a sex, because sex is a physical thing.

But is there a specific soul template for women and another, different, model for men? You know, like there is for our bodies. Do our souls have an innate essence of male or femaleness that is somehow decipherable and comprehensible? An essence that is sensitive to cultural context, to the nuanced behaviours and dress codes expected of the sexes at any given time in history or place on the planet?

Do our souls have a gender identity?

Or is gender identity- for those of us who have it- just one of many facets of our complex and ever fluctuating personalities?

We’re not talking about biological differences here- the very differences that gender identity politics tells us are no longer important- such as growing offspring, lactating or ejaculating.  We know that whilst not all members of a sex will perform these innate biological functions, either from choice or from inability, they are specific to a sex. We know they exist, just as we know that our bodies exist.

This knowledge allows us to make statements of fact such as ‘not all women menstruate but no man does’. Seems fairly straightforward, right?

Not if you believe in the gendered soul (GS).

Rights in the UK

If you don’t believe in the GS, what do you perceive as being meant by ‘trans rights’?

Whilst things don’t always play out as they should: society is a hotbed of sexism, discrimination and power-plays, legally there are no rights held by other men and women that are not also held by trans-identified people.

If you do believe in the GS and the notion that it can dwell in a ‘wrongly sexed’ body, you see not a confused individual but a wrong that can and should be righted.

‘Trans teen to beauty queen’ Jackie Green once referred to it as a ‘small birth defect‘ and the parents of many trans-identified kids report their child telling them “God has made a mistake.”

The soul cannot be relocated- at least not in this lifetime- so society must not only acknowledge the mistake but be seen to acknowledge it.  Pronouns must be changed and respected with religious fervour. Physical assistance to change the body must be provided. A culture could surely only see fit to set a child down a medical pathway that blocked their puberty, that could stunt their growth and affect their fertility and sexual function, if it truly believed in the GS.

When you believe in the gendered soul, the idea of transition becomes a ‘trans right’.

The brain, not the soul?

Does the wannabe scientist in you prefer the idea of a male or female brain to the more spiritual idea of the soul?

That’s not what you meant, you say. Perhaps you were referring to the more metaphysical machinations of the brain? You mean the personality?

The personality or the soul? 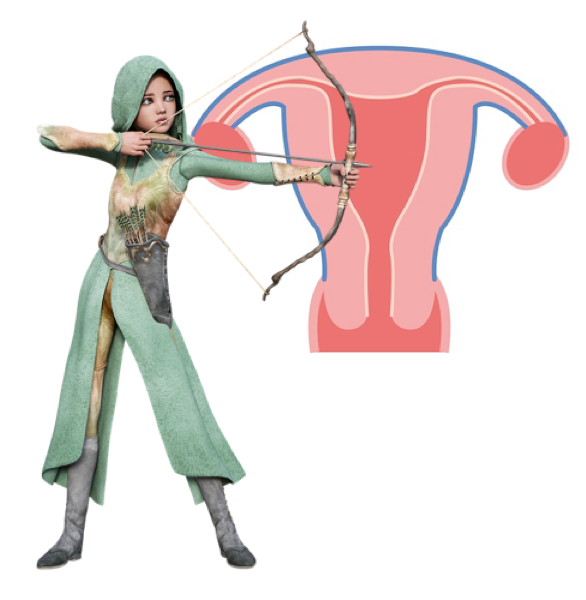 If you believe in the GS, you will consider the possibility that an effeminate boy or a homosexual young man is not actually male at all. What makes him drawn to the trappings of femininity? Is it that he is a little unusual, perhaps sensitive or imaginative, or could it possibly be that the gender fairy has slipped up again and he has somehow received the soul of a girl? If you believe in the GS, this is rational thinking.

As politician Layla Moran professed “I see someone in their soul and their person. I don’t really care if they have a male body.”

If we do not ascribe to the GS, we accept that there is a spectrum of behaviour for both males and females. We accept that a gentle, long haired boy, wearing a tutu and clutching a doll, is no more or less of a boy than a short-haired boy covered in mud, kicking a football at a wall and yelling. We accept that an angry little girl with a buzzcut who is really good at chess and maths is no more or less a girl than a smiling, twirling princess girl with cascading curls. That is true diversity.

The worst thing a culture can tell children, if it truly wishes to eradicate sexism and embrace diversity, is that the way you behave is what makes you a boy or a girl.

If we reject the GS, what are we left with? A mixture of stereotypes, social norms and personalities. If we do not ascribe to the notion of the GS it is not possible to ‘feel like a boy’ or ‘feel like a girl’ it is only possible to be satisfied or dissatisfied with the stereotypes pushed on you by your culture.

Meanwhile, young women who believe they harbour an essential male essence or soul choose to get pregnant, bear children and demand to be called the father of the babies they birth, while angry, violent men on social media threaten gender critical women with acts of sexual violence.

Surely it seems fairly likely that humans don’t have gendered souls at all?

It certainly takes a huge and religious leap of faith to believe that they do. And if we don’t believe utterly and wholeheartedly in the ubiquity of the gendered soul then why on earth are we all going along with this sexist nonsense?