Gender is harmful. My views are not hateful.

Yesterday I was told my writing could be seen as hateful. The accusation stems from my belief that men cannot ‘become’ women, & that ‘woman’ is a biological descriptor. Nor do I believe a child can be born in the ‘wrong’ body.

So I’ve written something short, to lay out my views and try to explain them in a piece that should only take a few minutes to read. Hopefully you’ll make it to the end and hopefully you’ll see that there is nothing hateful about my beliefs.

If you see hatred here, please pin point it. Call it out. Let me know where; let me know what and why. Be specific. 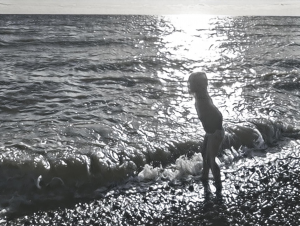 A girl who likes mud and short hair, and hates pink, is still a girl. She is strong and fierce, not broken; she does not need fixing or to change herself. If you love her, tell her that. Always.

If you feel uncomfortable that your boy child likes pink and tutus & you’ve agreed with him that that means he’s a girl, know that I will never comply with this.  A boy who wants to sing and dance, to feel the breeze in long hair and a skirt flow around his knees is precious and wild. He can never be a girl, and that is fine because he is perfect as he is. Why would you ever tell him otherwise?

Your child does not need to be lied to. They need help to try to accept themselves as they are. They will find it much harder to do that if the adults that they love and trust tell them that they might be in a body that is ‘wrong’.

I have seen the effects of gender dysphoria first hand. I watched my own daughter wrestle with it, feeling that she was wrong, that to be herself she would need to make painful, unnatural changes to the unique creature that she is. It was terrible to see her so torn.

I understand that many people with gender dysphoria suffer terribly and I feel for them. Having that empathy doesn’t mean that I should be willing to lie about facts, change the meaning of the words that describe my sex, or stay silent when I see children being misled and harmed.

Sisters, if you remove your breasts it will not make you a man. You will always be one of us and not just because you understand the pain of womanhood better than most.

The restrictive gender norms and values that our society has established for men and women are based on stereotypes. Like characters in a child’s cartoon, these stereotypes are two dimensional. We are so much more complex than that.

Stereotypes harm everyone. They are a web that traps and confines us, a mask forced on us that we never chose to wear.

We should strive to break them down, to leave the next generation a world where every personality is valid and every body is beautiful. 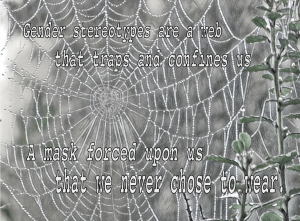 Let’s toss out the absurd rules that say there’s a right & wrong way to be a man or a woman. Women’s biology is unique to females and men’s to males. It shouldn’t define our personalities. Let’s celebrate that.

Bending the meanings of words does not change reality. Woman; man – these words are biological descriptors. The rest is a huge and vast expanse of diverse forms of expression, some of which we label as masculine or feminine.

It is not hateful.

Break out of the boxes, don’t build new ones. 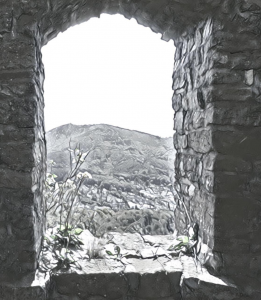 21 Responses to Gender is harmful. My views are not hateful.